Where Were the 5000 Small Business Owners?

A bit of a backlash

A couple of days ago the Daily Telegraph published a list of 5000 small business owners who signed a letter in support of David Cameron’s Conservative party. Since it’s publication, however, there has been a bit of a backlash, with the letter being called a ‘stunt‘, and even an “attempt to defraud the electorate” after it turns out that some names were used without consent, and that the letter in fact originated in the Conservative party HQ.

Origins and Accuracy Aside

Origins and accuracy aside, I was interested to find out where exactly the 5000 small business owners came from. The pdf made available on the Telegraph website helpfully contains the region for each of the signatories. By stripping this information from the files we can get quite a clear idea of where the different businesses were based. 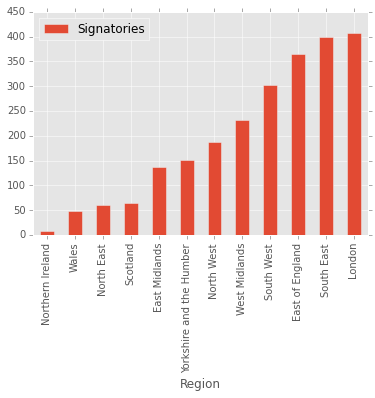 Using QGIS we can also see graphically how the businesses were spread around the country. Perhaps not surprisingly they come predominantly from London and the South. 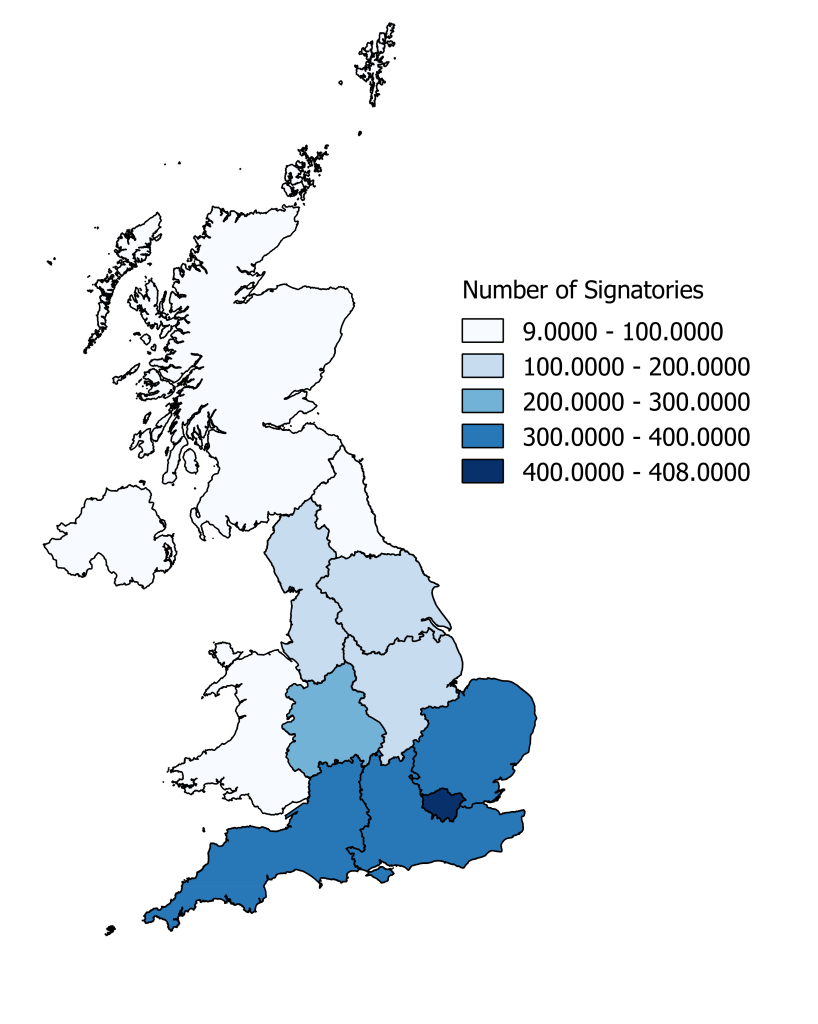 Of course looking at the absolute numbers can only get you so far. As has already been pointed out there are something like 5 million small businesses around the UK. The 5000 signatories (real or not) only make up around 0.1% of the total small businesses in the UK, so it would be interesting to see how the numbers looked as a proportion of the number of small businesses for each region.