During the World War 2 air ferry routes were used to safely transport equipment, personel and supplies across the globe.

Search for the Atlantic Ferry Routes on Amazon [Sponsored Link]

The wikipedia articles for the main routes didn’t seem to have a map image, so I thought I’d have a go at making one myself. 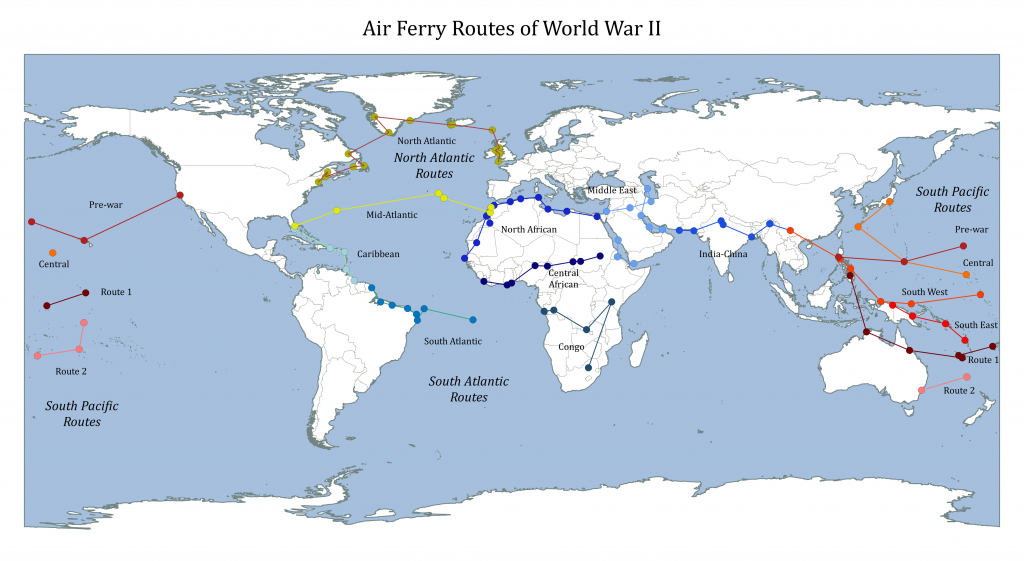 How I Made the Map

Get Coordinates From Wikipedia Page

The articles have the coordinates for the different bases and airstrips used for each of the air ferry routes, so I figured it must be possible to plot them out.

By saving each of these pages as an html file and loading into Excel/LibreOffice Calc, I could extract the relevant data tables.

I saved each data table as a separate tab-delimited text file, from which I could extract the coordinates with a python script.

Download my python script to help get the coordinates

Set Up The World Map in QGIS 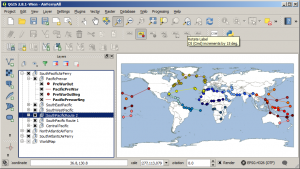 To set up the background world map to show the routes I followed this guide. 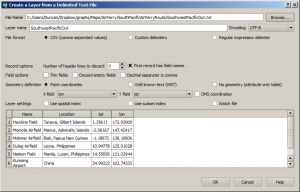 Across the international date line the coordinates change sign, and QGIS isn’t sure how to correctly interpret this, which means I had to break up the files so that they would plot as vectors more or less correctly.

Convert Points to a Vector

I could have just left the coordinates of the routes as individual points, but I thought it would be clearer to join them together to show the paths between them.

I converted the points to vectors using the Points2One QGIS plugin. You can install it from the QGIS plugin menu. 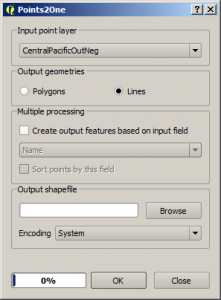 Select the points you want to use to form the vector, and select “Lines” to make a path, rather than a polygon.