Convert From GDS to LinearRing

Whilst it might be possible to work directly with the gds files themselves, it made much more sense to convert them to an intermediate format that was easier to work with.

I’ve been using the Shapely Python library to work with polygons, so I decided to convert from gds to LinearRing, a shapely object type.

It turns out that GDS boundaries and LinearRings are quite similar, so we don’t have to do do much to convert between them.

GDS Boundaries are of the format

they must be explicitly closed, so that the first and last pairs of coordinate values are the same.

Shapely LinearRing objects are an ordered sequence of (x,y) tuples

They can be explicitly closed, otherwise the LinearRing will be closed implicitly, by copying the first coordinate pair to the last position in the ring.

To quickly demonstrate how to convert a shape from GDS to LinearRing I’ve put together a short python script.

In its simplest from conversion from gds to LinearRing could be something like:

In the script in my repository, I’ve added code from the shapely examples to let us plot the end result: 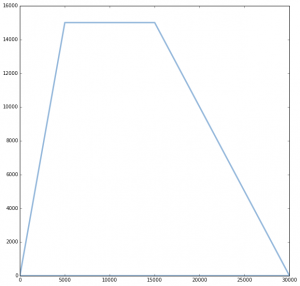