The ROC Curve is a commonly used method for and evaluating the performance of classification models. ROC curves use a combination the false positive rate (i.e. occurrences that were predicted positive, but actually negative) and true positive rate (i.e. occurrences that were correctly predicted) to build up a summary picture of the classification performance. ROC curves are widely used because they are relatively simple to understand and capture more than one aspect of the classification.

The ‘ROC’ in ROC curve is an acronym for Receiver Operating Characteristic. This rather unwieldy term originates in the early days of radar, when operators were struggling to distinguish enemy aircraft from flocks of birds and other anomalies.

Radar engineers developed the ‘receiver operating characteristic’ to help determine correct radar settings to minimise the number of false positives from noise, while keeping the number of true positives from enemy aircraft high. The receiver operating characteristic has since become a commonplace metric for assessing other apparatus, medical tests and machine learning algorithms.

The ROC Curve is typically generated by scanning a parameter, such as a sensitivity or threshold setting. This scanning over a range is a benefit over using a single metric (such as accuracy) is that it scans range of classification thresholds – not just a single one. The ROC curve makes it clear that there is a trade off between false positive rates and true positive rates. 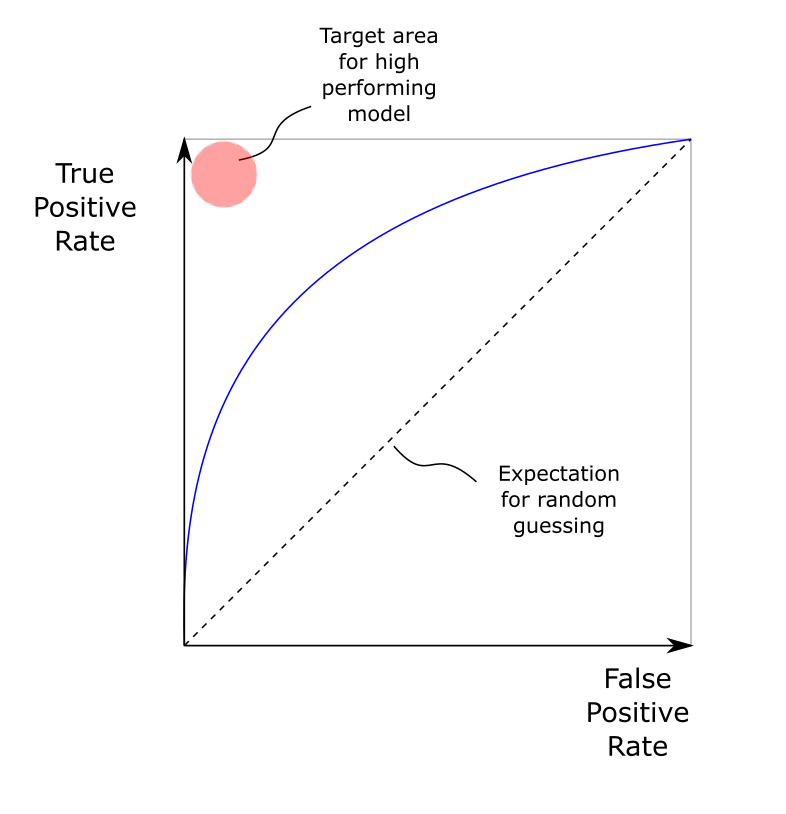 The Area Under The ROC Curve

‘Real world’ classifiers will typically have an AUC between 0.5 and 1, although it is also possible for a classifier to be worse than random, in which case the AUC value is less than 0.5. This is often an indicator that there is an error in how the test is working). 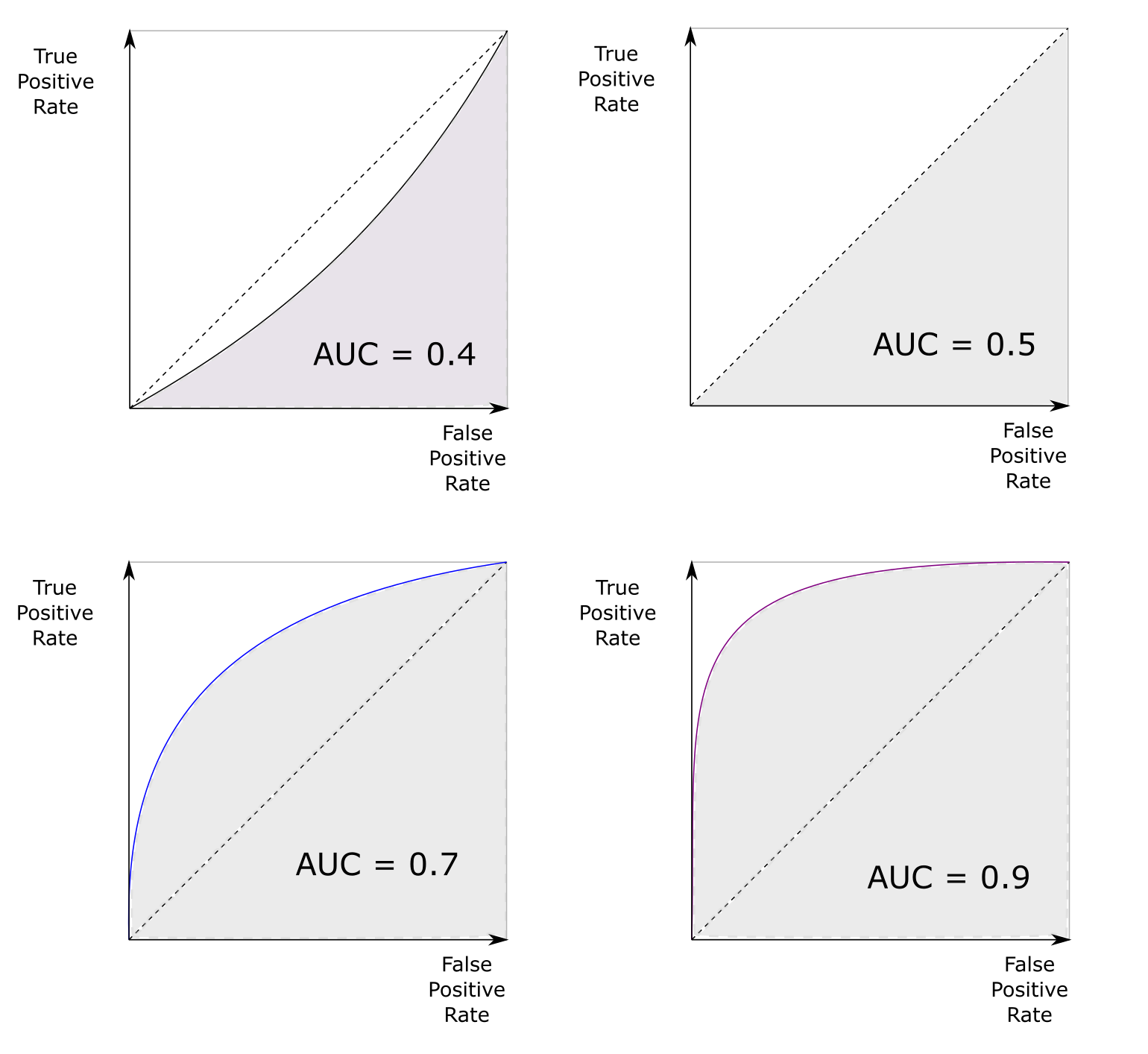 Some illustrations of possible ROC curves. An AUC greater than 0.5 is better than a random classifier. A perfect classifier would have an AUC of 1.