Winpython is a project which brings together a number of scientific python programs and modules. For me such programs are always going to struggling to become a complete alternative to Matlab (while I have access to a matlab license at least…).

I’ve not used it in anger, but this project does look pretty good. It pulls together a whole load of scientific programming modules/features for python and bundles them all together. It’s actively developed, too.

Plotting is taken care of by matplotlib. I really like the appearance of the figures it produces, such this one from the gallery on the webpage: 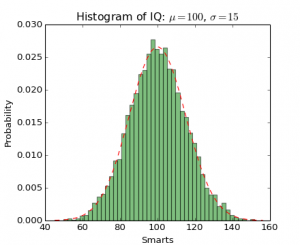 One very nice touch is the Spyder user interface: it has an ipython shell which is set up for scientific programming, and a variable explorer from which I can select and plot data. It just works. 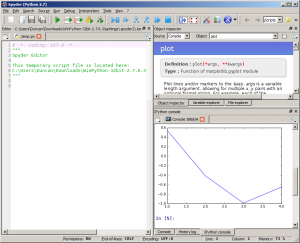 The Ipython command line interface seems to work well, and I had no problem creating arrays and making basic plots.

Of course there may be some ‘killer features’ which you just have to use matlab for, but Winpython seems like a very solid, capable alternative. And let’s not forget this one comes for free!